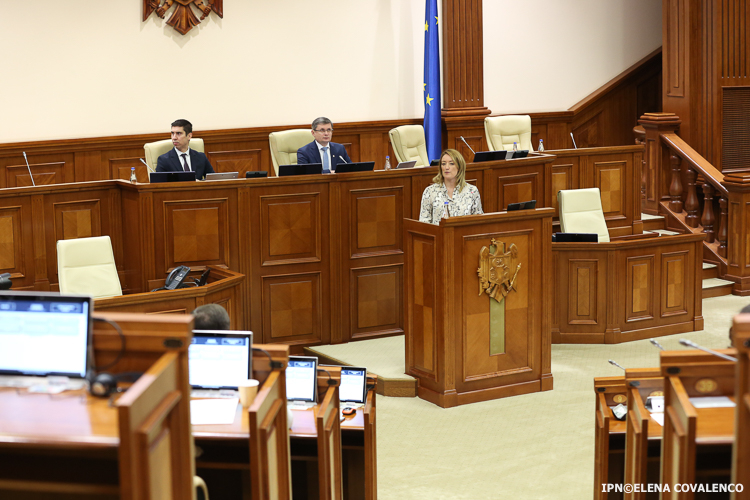 “I came here with one message: Moldova’s place is in Europe. Our future must be together and the European Parliament will do everything necessary to stand with you, on your path towards becoming a European Union Member State. This must be the history that we will write together – for the benefit of everyone in Europe,” the President of the European Parliament Roberta Metsola stated in Parliament in Chisinau. The special sitting convened today involved only the members of the parliamentary majority of the Party of Action and Solidarity, IPN reports.

“The transformational effect of EU Membership is not funds alone. It is about aligning standards, it is about legislating together, it is about the Republic of Moldova’s voice being heard around the table on decisions that impact all of us. It is about the guarantee of democracy, the rule of law, equality. It is about hope for the next generations,” said the European official.

Roberta Metsola noted that the European Union will continue to help Moldova diversify its energy supplies to prevent further destabilization. “Our Member States have already facilitated new interconnections. This is full European solidarity across all boards on full display.”

“I am proud to say that the European Parliament has always stood in solidarity with Moldova. We’ve done this with our words, but more importantly, with our actions. Earlier this year, we were the first EU institution to call for Moldova to receive EU candidate status, together with Ukraine. We did this because Moldova belongs in our European family. Because we know that Europe is about opening doors, tearing down walls and being together. It is a way of life and of living. And here I want to be clear: the Republic of Moldova is a European state – by history, by geography, by identity, by culture and by tradition,” said the President of the European Parliament.

In an interview with Romanian press recently, Roberta Metsola said the Republic of Moldova needs to be devoted special attention as, besides being vulnerable due to the border with Ukraine and electricity supply issues, it faces a situation when a hostile opposition can anytime take a step forward.

Protocol on construction of water pipeline under the Prut signed